Many born on this world and die silently, however there are few who creates history by their deeds. Sher Shah Suri was one of them. A Pathan warrior of Sasaram who conquered Delhi with his might and overthrew Mughal Empire was one such fortunate. A man of immense telent he defeated Mughal ruler Humayun in 1539-40 forcing him to flee Iran. He ruled from 1540-45 and during this very period made long lasting impression in every field. Even after his sudden death in 1545 during his expedition his mausoleum in Sasaram is worth visiting as it is considered masterpiece of architecture. 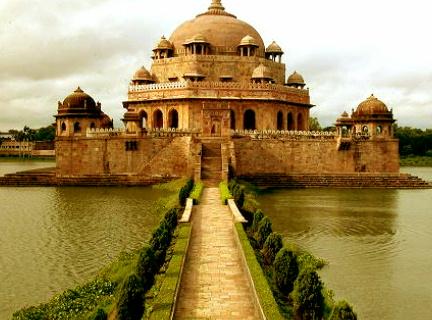 The Tomb of Sher Shah Suri was built in the memory of the powerful king who ruled with sovereignty and prospered his kingdom to a new height. The beautiful monument inside an artificial lake has mesmerized people for long. Suri Empire reached all glory under his regime and the monument truly depicts the king sized life of this brave hearted Pathan ruler. 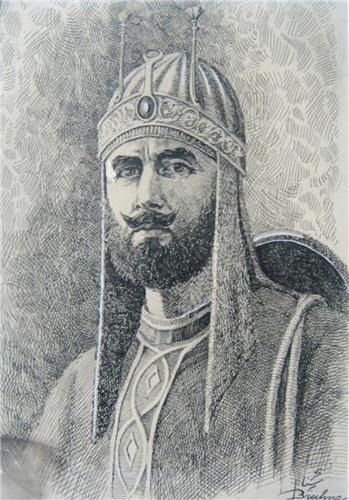 Sher Shah Suri is accredited as one of the finest rulers of India. During his short span of time, Sher Shah made considerable changes especially in the civil administration. The administrative quality of the ruler became more prominent when ‘Grand Trunk Road’ is spoken about. Sher Shah built the road from Calcutta (Now Kolkata) to Peshawar (Now in Pakistan) to link two parts of the great Indian Kingdom. He also joined Agra to Jodhpur. Apart from this, for the travellers to West and Central Asia he made a road between, Lahore and Multan (Now in Pakistan). He also linked places like Chittor to the Seaports of Gujarat. Sher Shah Suri ascended the thrown of Delhi in 1540. His work extended from national security to Public Welfare. He also built an entire city near Delhi on the bank of Yamuna. However, the city was destroyed later and the only remaining was ‘Old Fort’ or ‘Purana Quilla’. Sher Shah was later died in a tragic incident at Kallinjar Fort. An explosion of Gunpowder took his life. During his short span as a King he drafted a history that made him immortal.

A perfect example of Indo-Islamic culture, Tomb of Sher Shah Suri is an architectural excellence constructed in 16th century. Aliwal Khan was the main architect of the structural masterpiece that was built in 1545. The sandstone mausoleum was made during the reign of Islam Shah, son of Sher Shah. The inscription of the tomb indicates that the monument was completed in August 16, 1545. The Tomb is considered as finest example of Afgan architecture. The tomb is situated inside a square shaped lake. The monument is built of sandstone. The tomb has been built on the centre of the lake and is plinth with Kiosk. Beside this the tomb is also beautified with stone bank and moorings. The Kiosks are also called domed chambers. There are in total four octagonal shape chambers on the four sides. Apart from that there is one grand door on the front side of the tomb that is the only entrance to the tomb. A causeway was later built to link the tomb with the guard room. On all of the sides there are Varandah which are having 24 small domes. All the domes are in series. Each corner of the varandah is supported by a cupola. 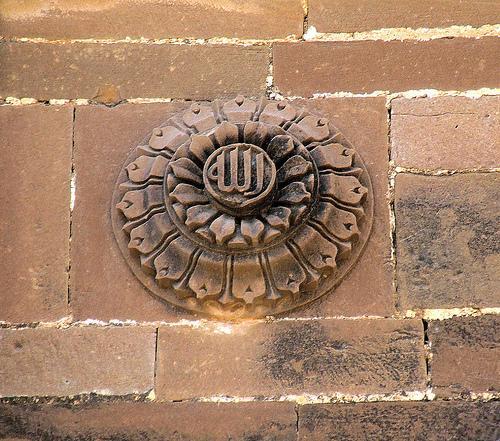 The engineering of the tomb of the Sher Shah Suri is fascinating and at the same time astonishing. The tomb has been supported by the arches. However, the arches look beautiful from verandah. The main tomb rises above 22 feet from the verandah. The huge side of the tomb has not stopped it from ventilation. The stone jails in the Mausoleum have ensured that adequate air and light is reached. The arches are beautifully crafted with inscriptions of Quran and floral carvings. There were coloured and beautiful tiles as well when it was built, however, with the passage of time the design has been destroyed. But few tiles like Red, Blue and Gold can still be witnessed in the tomb. The Afghan style of the design and the architecture has proven the worth of the monuments since many years.

The significance of the tomb has lot to do with the Suri Dynasty which started from Sasaram. Sher Shah’s father and founder of the Suri Dynasty was the Jaigirdar of Sasaram. Sher Shah later ascended to the thrown of Delhi. But the graves of the Suri Emperors are present in the home town and at the tomb of Sher Shah. Apart from that all the trusted 24 companions of Sher Shah has been graved at the Mausoleum. The tomb was built after three months of his death in a gunpowder accident.


How to Reach Tomb of Sher Shah Suri ?

The Tomb of Sher Shah Suri is Located on the National Highway-2 or ‘The Grand Trunk Road’, the city itself is well connected to the rest of the country. The city is well linked with the State Capital Patna and also nearby metro city Kolkata. Apart from the road linking Sasaram comes in one of the most important and busiest network of Indian Railway. Sasaram is the station and is situated in the New Delhi to Howrah Railway Network. Many of the major trains have stoppage at the ancient and historical city. Apart railways one can also take the aerial route to Kolkata, Patna and Gaya and then come to Sasaram by Train, Bus or Private Vehicles from there. The ancient structure is well connected from the main Sasaram city and has facilities like fooding, lodging and others to facilitate the tourists.