Sasaram in Bihar is a place, where many mythological instances and pre historic stories can be found. The importance of this place is that there are many temples, and religious places which have reference in ancient manuscripts of India. The significance of these places increase with the mythological connection. However, the ancient places are still popular not only for the religious connection, but also for the appealing and alluring surroundings, astonishing architecture and dexterity and the excellence of arts prevailed at the ancient civilization. Gupta Mahadev Temple is a perfect example of such place, which is not only famous for being an ancient Lord Shiva Temple, but also for being an old limestone cave on the top of the Kaimur Hills in Sasaram. 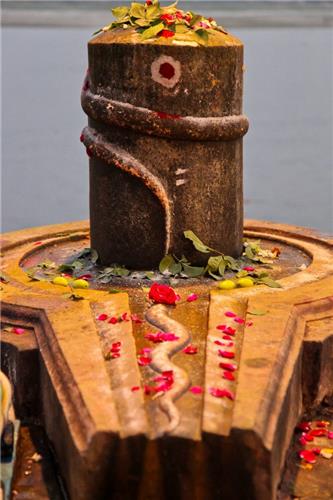 Gupt Mahadev Temple also known as Gupt Dham is one of the most ancient temples in India, situated in Sasaram, Bihar. The cave temple is dedicated to Lord Shiva and daily Puja aarti is done here. The Shiva lingam inside the limestone cave is believed to be present from the ancient time. Locals and priests say that the temple is situated at the hilltop from thousands years. However, exact age of the cave temple cannot be said. The cave temple is situated at the Kaimur Hills, which is famous for having many caves made up of limestones in the Sasaram area. However, the speciality and the attraction of the temple are the most because of it mythological connection and the beautiful surroundings. It is considered that Lord Shiva was himself present at the cave and the significance of the temple increases with the fact. Locals say that blessing of the Mahadev can still be obtained here with devotion. The divine environment and the history of the temple makes it one of the must visit place in Sasaram, Bihar.

The connection of the Gupta Mahadev Temple goes back to pre-historic times. The name of the temple is found when Lord Shiva blessed the ‘Bhasmasura’. Lord Shiva blessed him that whatever he would touch would turn into ashes. Bhasmasura, was evil and after the blessings, he said that he would experiment the blessing on Lord Shiva. Fearing his own blessing, Lord Shiva fled the situation as Bhasmasura chased him. It is said that Lord Shiva came to this cave to take shelter and hide from Bhasmasura. However, chasing him, Bhasmasura reached the cave. Lord Vishnu then came to the cave to rescue Mahadev. Lord Vishnu cunningly told Bhasmasura that he can instead experiment the blessing on himself. Falling into the trap and cunningness of Lord Vishnu, Bhasmasura touched his own head to explore his newly gained power. He then turned into ashes. All of the mythological incident took place at the ancient cave of Sasaram. The mention of the story can be found at the famous ancient religious texts like “Vishnupuran” “Shivapuran” and others. The presence of Lord Shiva at the cave makes it more divine and auspicious.

The cave of the Gupta Mahadev Temple is a limestone cave. The limestone cave is quite common in the Kaimur Hills of Sasaram. The dropping water and the beauty of the nature is bestowed upon the temple. Apart from religious importance the cave is also a popular destination for the nature lovers. The natural creation has attracted many people from the past and it has become one of the most popular destinations for the tourist from all over the country.


How to reach Gupt Dham ?

Gupt Mahadev Temple is situated in the Kaimur Hills of Sasaram. The Kaimur Hills can be reached easily from the Sasaram city. Sasaram is the district headquarters of the Rohtas District of the Bihar State. Many private vehicles take tourists from the city to the ancient caves. Sasaram is situated on the Grand Trunk Road or National Highway 2. The city is connected to National Capital New Delhi, nearest metro city, Kolkata and the State Capital, Patna by road. Sasaram is connected to the Indian Railway Network as well. It comes in the route of New Delhi to Howrah. Many Express and major trains take a stop at the ancient city. There is no direct air connection to the city. However, Sasaram can be reached from the nearest airports of Kolkata, Varanasi, Gaya and Patna.

Many shops and restaurants have mushroomed near the caves in recent times. The increasing popularity of the Gupta Mahadev Temple, as a religious and tourist destination has propelled the facilities for the tourists. The facilities and the establishments are expected to grow substantially in near future.