Sasaram is famous for its historical heritage. Several people and history lovers visit the city throughout the year. The city is one of the most favorable cities for tourism in Bihar. Apart from archeological site, the city has lot more to offer. Keeping the numbers of visitors in mind, the government of Bihar has arranged a lot to ensure hassle free tourism for the visitors. One can always keep these numbers handy to get timely assistance.

Ambulance services are one of the most importance emergency services available in Sasaram. The government of Bihar has increased the number of ambulances operating in the city to offer better medical and health care facility to the soaring tourist and residential population in the city. In the city of Sasaram there are many private and government hospitals that are offering the ambulance services to the residents. In case of any medical emergency, it is advisable to call ambulance to save your time.

There are several police stations and check posts located in Sasaram. This helps maintain law and order situation. Sasaram Police also looks after the traffic and transportation in the city. The presence of large number of police stations has significantly brought down the crime rate in this part of Bihar. Secondly regular Police patrolling on major national and state highways has contributed a lot in curbing petty crimes on highways. Further regular patrolling has also brought down number of fatal accidents. Time and again, the police force has undertaken several social awareness issues related to women and children. 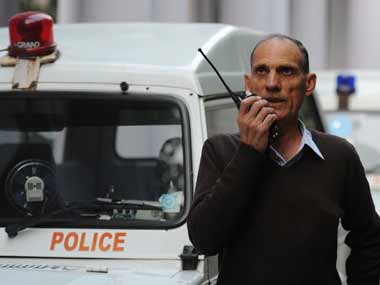 The Police force in the city coordinates with several NGO’s to prevent the child abuse cases. Sasaram police is always available to serve its citizen while maintain law and regulations. Be it theft, eve- teasing, harassment, fraudulent practice, robbery, fight or any kind of help, Sasaram police is always available to help the victim. The local police have also arranged several counselors to guide and help the travelers in the city. Whenever it is required one can always seek assistance from Sasaram police. In case of any grave crime, one can register the complaint with the police and go legal if required. For travelers it is advisable to keep handy the important numbers of the police officers so that one can contact them in case of emergency.

In last few years Indian society has seen surge in cases of crime against women, thus the government of India in general and Bihar in particular has arranged a number of help lines for women in the city of Sasaram also. Women help lines plays an important role in counseling and guiding the women in need. Helpline numbers to offer assistance and immediate relief to the women. The city of Sasaram also has a Mahila Thana where lady police officials addresses the grievances and takes appropriate actions against the guilty party. Through the women help line numbers, women can even seek for legal advice and assistance. It has been observed that in recent times, the help line numbers has been very effective in increasing the conviction rate and deterring crime against women in the city.